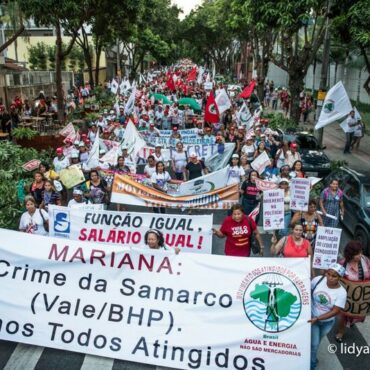 The Movimento dos Atingidos por Barragens (MAB), or the Movement of People Affected by Dams is a people-led social movement against dangerous dam projects in Brazil and across the Amazon. MAB fights for a new people-led energy model for Brazil. It works directly with the affected populations and organizes at the local, regional, and national level. MAB organizes families and communities impacted by dam projects, including peasants and indigenous leaders as they collaborate on energy sovereignty and advance national/international movement building on energy alternatives.