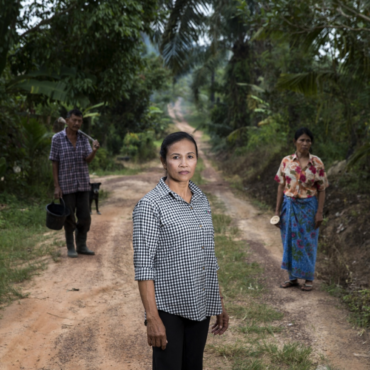 Campaigning for the right to agricultural land

The Southern Peasants’ Federation of Thailand – SPFT (Southern Peasant Cooperatives) network has been campaigning for the right to agricultural land in Surat Thani Province and other areas in the region since it was established in 2008.

Women human rights defenders in Thailand continuously face threats and attacks as a direct result of their human rights-related work. They are also exposed to gender-based violence and gender-specific risks such as sexual assaults. The specificity of the risks that women human rights defenders face is fundamental to understand the nature of the discrimination they suffer, like the denial of women’s fundamental right to land in Thailand. The Southern Peasants’ Federation of Thailand fights against the country’s centralized land management system that has resulted in inequitable land distribution, concentrated in the hands of a few powerful owners, and inevitably in land conflicts.